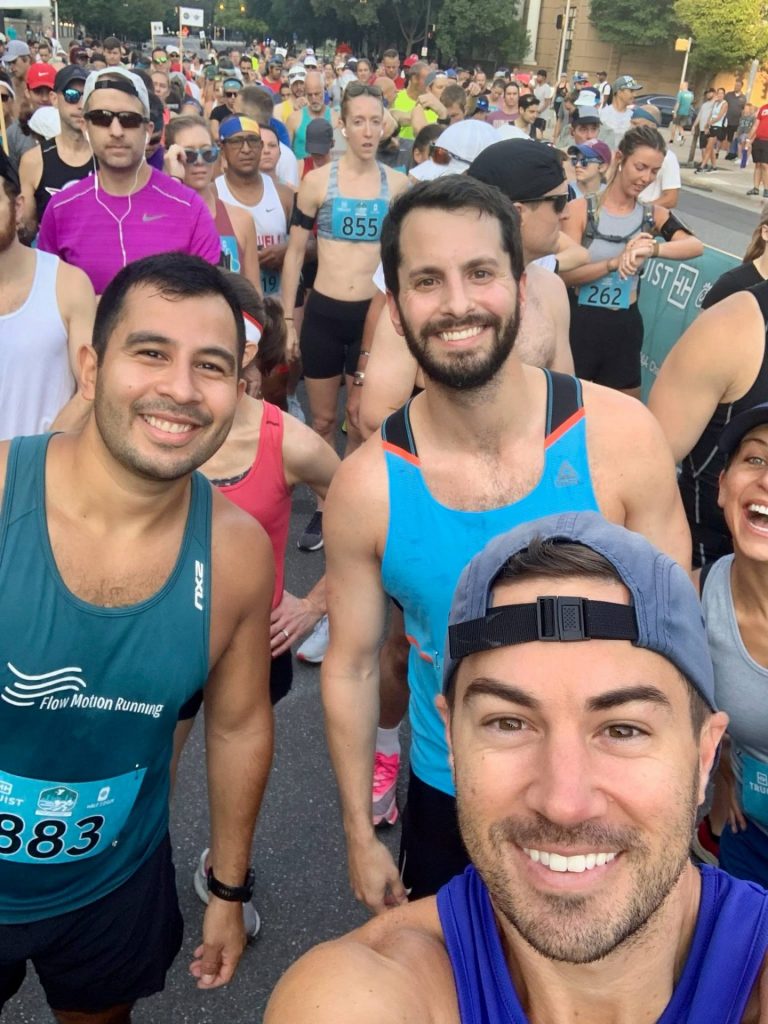 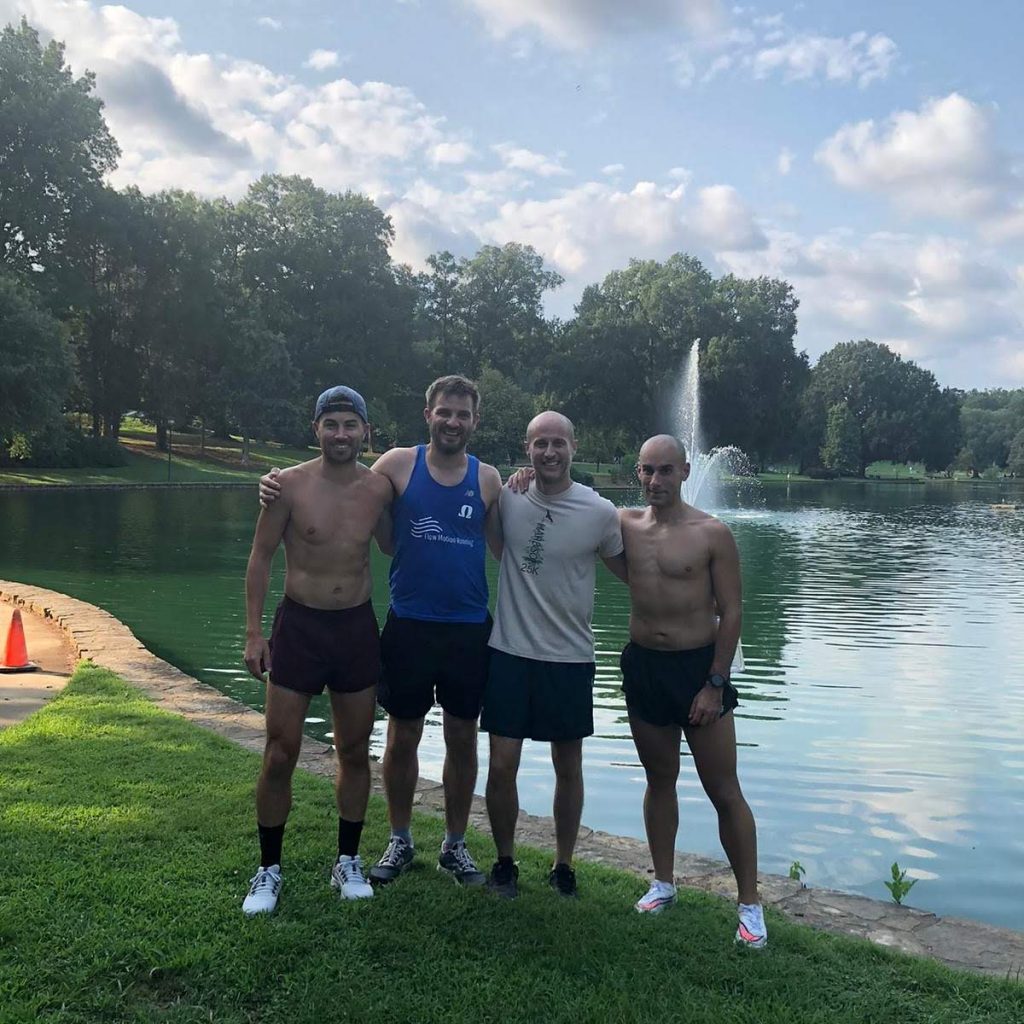 Welcome to the first official newsletter

It’s been a wild month at Flow Motion headquarters with new additions, new opportunities for Flow Motion members being explored, school starting back up, a Covid Outbreak at my son’s daycare (meaning he was treated to Daddy daycare for a few days, and currently followed up with Grandma daycare) and now I’ve finally mastered Mail Chimp! Thanks to everyone who filled out the recent questionnaire. Your ideas, thoughts, and feedback on your training and community aspects of Flow Motion Running were really helpful and I’m excited to put some of those into action, one of them being this new formatted newsletter, here goes…..

We welcomed 2 new members, Nathaniel Terry and Scott Wurtzbacher to the team, taking the total to 10 athletes receiving personalized coaching. This puts me at full capacity until the Fall when I can reassess my availability. I feel that by keeping the numbers small I can give you all the attention and personalized approach that you need to achieve your goals. Nate is training for the Silver Comet Half Marathon in his hometown of Atlanta in October with an eye on the Atlanta marathon in Feb 2022 (although he does reside here in CLT when not flying around the world). Scott is looking to complete and PR is his 10th CLT Half Marathon in November. After taking a hiatus from running following the completion of 9 successive CLT Half Marathon races, he’s back to complete #10. Welcome to the team gents, we are excited to join you on your adventure! 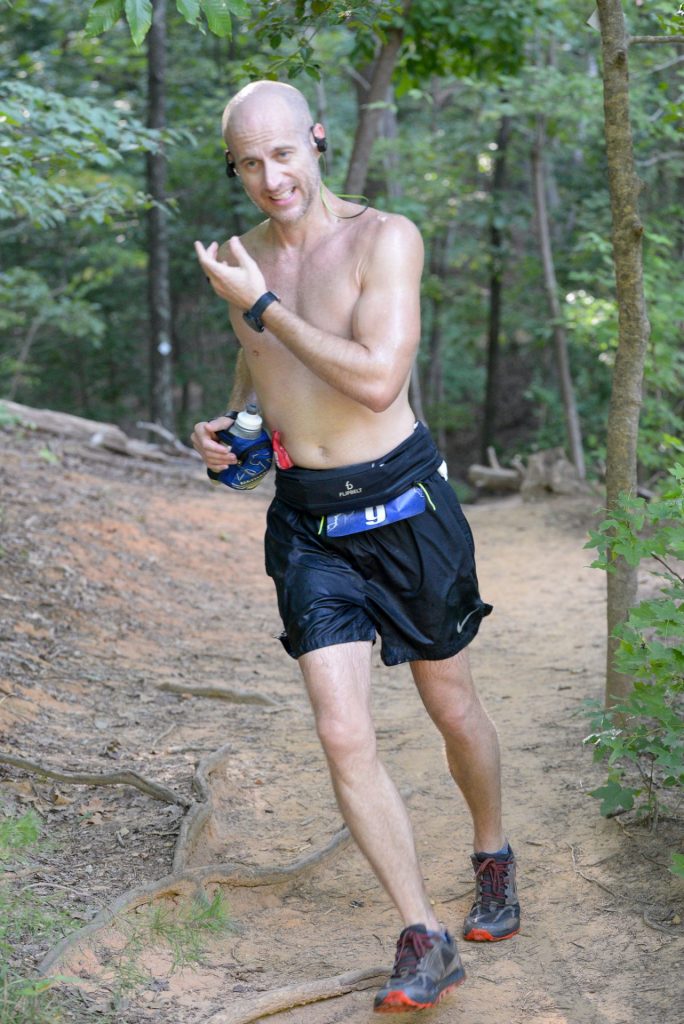 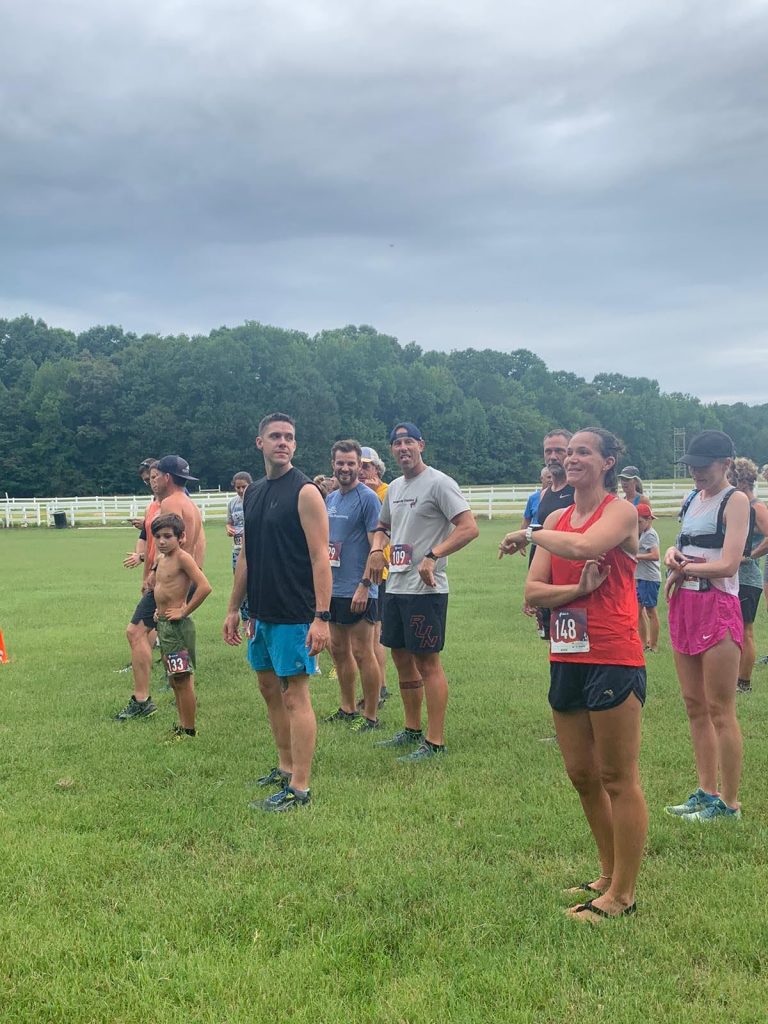 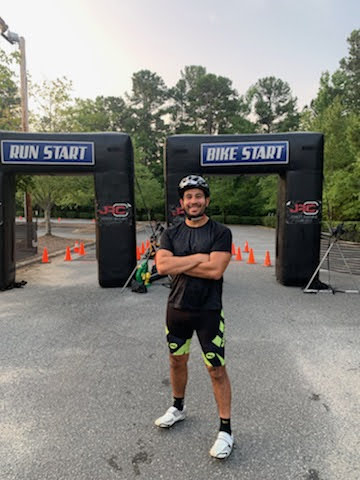 It appears we are a group very fond of running in extreme conditions with a high amount of racing taking place in August. Paul Margiotis kicked off the month with a tasty 5km Time Trial around Freedom Park. Paul blazed to a sub 19:50 finish (a PR) off the back of just 5 weeks of training. It was great to have the Flow Motion crew out supporting and pacing him! More significantly, Paul has now completed 8 weeks of training injury free, a major goal of his since joining us 2 months ago!

Terry Decker signed up for every race under the sun, taking home the 2nd place overall award for the Sundown 5k Trail Series at Anne Springs Greenway organized by The Rock Hill Striders. Terry followed that up with a Trail Race at The White Water Centre, coming in the top 20 in the River Jam 10k in 56:23.

John Touloupas braved the heat with Jorge Ramos to run The Corporate Cup Half Marathon here in CLT. This is one of Charlotte’s toughest races, even in March, so to race it in August starting at 7:40am is just madness. John put all the men to shame crossing the finish line with his newly wed, Helen, in 1:41:38. Fueled up on White Claw, Jorge crossed the line in 1:49:29 and hasn’t been seen since 😁. Chris Zuerner kindly paced the 1:45 group at Corporate Cup and demonstrated to his coach that he can actually stick to a recommended pace for long runs! Chris and Jorge also competed in the Huntersville Tri Sprint earlier this month, taking home 1st place overall, with Jorge taking the biking leg and Chris bringing it home over the 5km running leg. 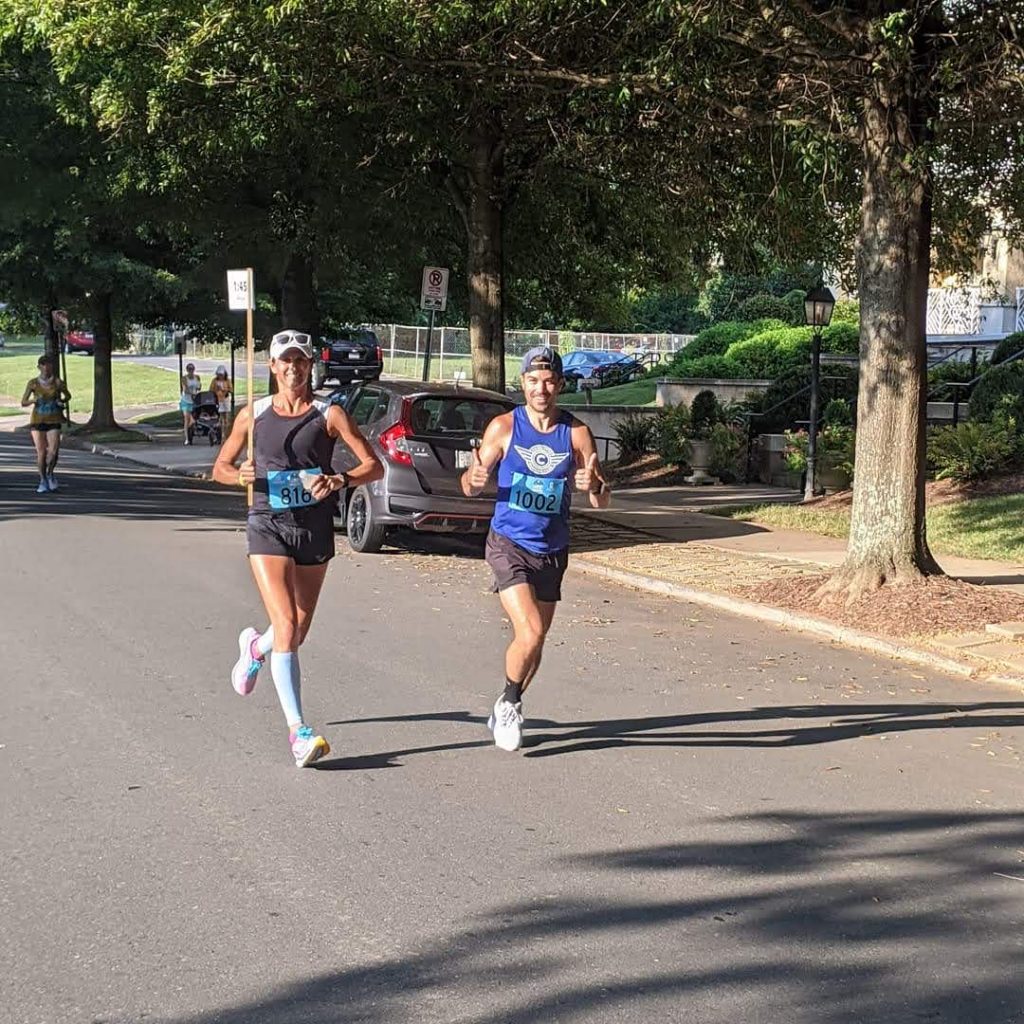 Ryan Bessinger took his love of running to a new extreme racing the Mythic Mayhem 4 Hour trail Race out at Lake Norman State Park. This was a 5 mile looped course with 800ft elevation gain every loop. Ryan completed 3 loops over 3.5 hours and lived to tell the tale. Believe it or not, this was actually a training run for his 100k Javelina event in October (you should 100% check this out Here or Here).

Mike McMillen (long debate if I should write about myself in 3rd person here), managed to convince Terry to join him for the River Jam 10k and then Ryan for Mythic Mayhem before pulling out at the last moment due to a Covid Outbreak at his son’s daycare (although there are wild rumors about backing out due to the heat). He did manage to complete the Sundown Trail 5k race with Terry, taking home 1st place in 21:00.

Lastly, making a shameless plug for my brother who is up and running again after my recent visit across the pond. Dave raced the TOT Half Marathon finishing in 1:33:14, a 5min PB (PR for those who didn’t watch the Olympics with British commentary). This does however ruin my narrative of it’s not about genetics, it’s just hard work. 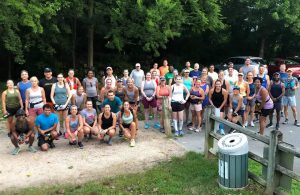 September is a quieter month, but the popular race on the cards is Around the Crown. A 10k race around uptown Charlotte thanks to the closing down of 277 for a few hours. We have many Flow Motion Running athletes on the start line for this one, including, Chris Zuerner, Jorge Ramos, Tim Mann, Mike McMillen, and Terry Decker, 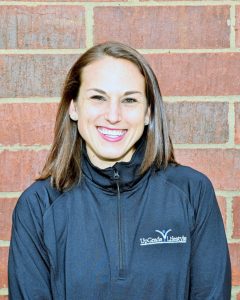 I’m super excited to announce that we are teaming up with Olympic Trials runner (2:37:29) and Registered Dietician, Megan Hovis of Upgrade Lifestyle!!

Many of you will be familiar with Megan as she regularly racks up 100mile weeks on the legs, a feat she is able to achieve thanks to practicing what she preaches. Megan fuels her body like a pro while also focusing on living a healthy lifestyle that puts personal wellness at the front and center of her life.

Megan provides a range of services that can benefit any runner. From providing guidance on specific strategies for effective fueling during workouts, long runs, and race days to analyzing your food journals to full out nutrition plans for everyday of the week so that you feel your best no matter the day.

Flow Motion Athletes get a special $30 off an initial consultation with Megan, reducing the price from $75 to $45. During your initial consultation you will work together to analyze your current habits, routines and lifestyle, and help you set goals to keep you moving forward.

You can learn more about Megan below or contact her directly: meganhovis@gmail.com